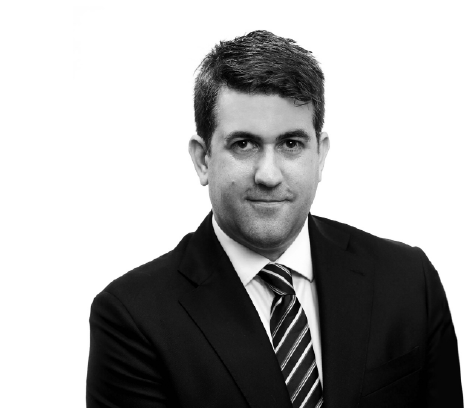 Results For The Year

COVID-19 and related restrictions have had an unprecedented impact on the drinks and hospitality sector, impacting all of the Group’s stakeholders and it has had a material impact on our results for the year ended 28 February 2021.

C&C is reporting net revenue of €736.9 million, operating loss(i) of €59.6 million, liquidity(ii) of €314.6 million and net debt(iii) excluding IFRS 16 Leases, of €362.3 million. Net debt(iii) including IFRS 16 Leases was €441.9 million. The Group returned to profitability and underlying cash generation once trade restrictions were eased in July, August and September 2020. Our core brands performed strongly in FY2021, with Bulmers, Magners and Tennent’s each gaining market share(vii) in the off-trade channel.

The Group’s performance in FY2021 has been profoundly impacted by COVID-19 and the associated on-trade restrictions in our core markets. As a direct result, and on a constant currency basis(iv), net revenue for the Group of €736.9 million was down 56.1%.

Our core brands performed strongly in the off-trade channel with Bulmers, Magners and Tennent’s all gaining market share(vii) however, the impact of the lockdowns and restrictions in the on-trade resulted in the Group reporting an operating loss for the year of €59.6 million(i), down from a profit of €118.6 million in the prior year(i)(iv). The Group returned to profitability and underlying cash generation once trade restrictions were eased in July, August and September 2020.

Cash and liquidity have been a key focus for the Group throughout FY2021. In March 2020, the Group announced the successful issue of approximately €140 million of US Private Placement notes (“USPP”). The unsecured notes have maturities of 10 and 12 years and diversify the Group’s sources of debt finance. Post year end, the Group announced a rights issue, as outlined in further detail below, thus ensuring the business has the optimum capital structure and financing to emerge from COVID-19 in a position of strength to pursue its strategy.

As a direct consequence of the impact of COVID-19, the Group successfully negotiated waivers on its debt covenants from its lending group for FY2021 and these have been extended as outlined in detail below.

During the current financial year, the Group extended the repayment period of its term loan and implemented various working capital initiatives, including the negotiation of temporary extensions to suppliers, and UK and Irish tax authorities’ payments terms. Payment of dividends were paused and the Group availed of Government furlough schemes across the UK and Ireland to support 2,000 colleagues’ jobs that were directly and adversely impacted by the pandemic and restrictions on the hospitality sector.

Post year end, the Group has also announced that the outcome of a cost reduction programme it had undertaken would deliver annualised savings of €18 million against its pre COVID-19 cost base.

As required by European Union (‘EU’) law, the Group’s financial statements have been prepared in accordance with International Financial Reporting Standards (IFRSs) as adopted by the EU, and as applied in accordance with the Companies Act 2014, applicable Irish law and the Listing Rules of the UK Listing Authority. Details of the basis of preparation and the accounting policies are outlined on pages 151 to 166.

Net finance costs before exceptional items of €19.5 million were incurred in the financial year (FY2020: €19.8 million). The Group successfully negotiated financial covenant waivers as a consequence of the impact of COVID-19 with its lenders. Exceptional finance costs of €7.9 million were incurred directly associated with these waivers including waiver fees, increased margins payable and other professional fees associated with the covenant waivers.

Income tax credit for the year was €14.4 million (FY2020: charge €12.3 million) excluding exceptional items and equity accounted investments’ tax credit/charge. The credit primarily arises due to the recognition of a deferred tax asset on the losses incurred by the Group in the financial year.

Total exceptional items, before the impact of taxation, of €36.1 million were incurred in the current financial year.

Property (comprising freehold land & buildings) and plant & machinery are valued at fair value on the Consolidated Balance Sheet and reviewed for impairment on an annual basis. During the current financial year, as outlined in detail in note 11, the Group engaged external valuers to value the freehold land & buildings and plant & machinery at the Group’s Clonmel (Tipperary), Wellpark (Glasgow) and Portugal sites. Using the valuation methodologies, this resulted in a net revaluation loss of €1.2 million accounted for in the Consolidated Income Statement and a gain of €0.9 million accounted for within Other Comprehensive Income.

Other exceptional costs of €2.2 million were incurred by the Group in the year with respect to provision against legal disputes.

During the current financial year, as outlined in further detail in note 10, the Group disposed of its Tipperary Water Cooler business for an initial consideration of €7.4 million, realising a profit of €5.8 million on disposal.

As outlined previously, during the current financial year, the Group successfully negotiated covenant waivers due to the impact of COVID-19 with its lenders. Costs of €7.9 million were incurred in the year directly associated with these waivers including waiver fees, increased margins payable and other professional fees associated with covenant waivers.

Balance sheet strength provides the Group with the financial flexibility to pursue its strategic objectives. It is our policy to ensure that a medium/long-term debt funding structure is in place to provide us with the financial capacity to promote the future development of the business and to achieve its strategic objectives. To ensure the business is equipped with the optimum capital structure and financing to emerge from the COVID-19 pandemic in a position of strength, we announced on 26 May 2021 a rights issue as outlined in more detail below.

In March 2020, the Group completed the successful issue of new USPP notes. The unsecured notes, denominated in both Euro and Sterling, have maturities of 10 and 12 years and diversify the Group’s sources of debt finance. The Group’s Euro term loan included a mandatory prepayment clause from the issuance of any Debt Capital Market instruments however a waiver of the prepayment was successfully negotiated in addition to a waiver of a July 2020 repayment, as a consequence of COVID-19, which now becomes payable with the last instalment in July 2022.

As outlined previously, as a direct consequence of the impact of COVID-19, the Group successfully negotiated waivers on its debt covenants from its lending group for FY2021, and these have been extended up to, but not including, the August 2022 test date whether or not the rights issue is achieved. Conditional on a Minimum Equity Raise(viii) being achieved, the debt covenants for 31 August 2022 were also renegotiated to increase the threshold of the Group’s Net Debt/Adjusted EBITDA covenant to not exceed 4.5x and to reduce the Interest cover covenant to be not less than 2.5x.

The Group complied with these new minimum liquidity and gross debt requirements during the financial year.

* Other relates to share options add back, pension contributions: adjustment from charge to payment and net profit on disposal of property, plant & equipment.

In compliance with IFRS, the net assets and actuarial liabilities of the various defined benefit pension schemes operated by the Group companies, computed in accordance with IAS 19 Employee Benefits, are included on the face of the Consolidated Balance Sheet as retirement benefits.

The key factors influencing the change in valuation of the Group’s defined benefit pension scheme obligations gross of deferred tax are as outlined below:

The Board of Directors set the treasury policies and objectives of the Group, the implementation of which are monitored by the Audit Committee. Details of both the policies and control procedures adopted to manage these financial risks are set out in detail in note 24 to the consolidated financial statements.

The reporting currency and the currency used for all planning and budgetary purposes is Euro. However, as the Group transacts in foreign currencies and consolidates the results of non-Euro reporting foreign operations, it is exposed to both transaction and translation currency risk.

Currency transaction exposures primarily arise on the Sterling, US, Canadian and Australian Dollar denominated sales of our Euro subsidiaries and Euro purchases in the Group’s Matthew Clark and Bibendum business. We seek to minimise this exposure, when possible, by offsetting the foreign currency input costs against the same foreign currency receipts, creating a natural hedge. When the remaining net exposure is material, we manage it by hedging an appropriate portion for a period of up to two years ahead. Forward foreign currency contracts are used to manage this risk in a non-speculative manner when the Group’s net exposure exceeds certain limits as set out in the Group’s treasury policy. In the current financial year, the Group hedged a portion of its Euro payables exposure in Matthew Clark and Bibendum however the Group had no hedges in place at 28 February 2021.

Comparisons for revenue, net revenue and operating profit before exceptional items for each of the Group’s reporting segments are shown at constant exchange rates for transactions by subsidiary undertakings in currencies other than their functional currency and for translation in relation to the Group’s Sterling and US Dollar denominated subsidiaries by restating the prior year at current year average rates.

Applying the realised FY2021 foreign currency rates to the reported FY2020 revenue, net revenue and operating profit(i) is shown in the table below:

(i) Before exceptional items.

(ii) Liquidity is defined as cash plus undrawn amounts under the Group’s revolving credit facility.

(vi) Free Cash Flow (‘FCF’) that comprises cash flow from operating activities net of tangible and intangible cash outflows which form part of investing activities. FCF highlights the underlying cash generating performance of the ongoing business. FCF benefits from the Group’s purchase receivables programme which contributed €45.0m (FY2020: €131.4m reported/€129.0m on a constant currency basis) inflow in the year. A reconciliation of FCF to net movement in cash per the Group’s Cash Flow Statement is set out above.

Commodity Price and Other Risk Management

The Group is exposed to commodity price fluctuations, and manages this risk, where economically viable, by entering into fixed price supply contracts with suppliers. We do not directly enter into commodity hedge contracts. The cost of production is also sensitive to variability in the price of energy, primarily gas and electricity. Our policy is to fix the cost of a certain level of energy requirement through fixed price contractual arrangements directly with our energy suppliers.

The Group seeks to mitigate risks in relation to the continuity of supply of key raw materials and ingredients by developing trade relationships with key suppliers. We have long-term apple supply contracts with farmers in the west of England and have an agreement with malt farmers in Scotland for the supply of barley.

In addition, the Group enters into insurance arrangements to cover certain insurable risks where external insurance is considered by management to be an economic means of mitigating these risks.

On 26 May 2021, the Group has announced a rights issue. The rights issue is intended, alongside the other actions that the Group has already announced and implemented, to reduce leverage and improve the Group's overall liquidity position thereby providing the Group with the capital structure to both support the business during further potential disruptions from COVID-19 and to deliver on its strategy as normalised trading conditions return.

The Board has considered a number of different scenarios and assumptions and the impact these might have on the Group's financial position in deciding on the appropriate quantum. These included the potential length of the current lockdown, the impact of ongoing restrictions, the unwinding of temporary working capital supports from government and tax authorities, potential economic impact on demand through the recovery and the likelihood of any further waves of lockdown. Taking these into consideration, the Board believes that a rights issue will not only reduce the Group's leverage but allow it to continue to deliver upon its strategy.

Efficient capital allocation is a central pillar of the Group's strategy. The Board continues to believe that financial strength and balance sheet flexibility is a source of competitive advantage for the Group in the long-term and that a leverage profile of less than 2.0 times Net Debt/Adjusted EBITDA is appropriate for the Group as normalised trading conditions return.